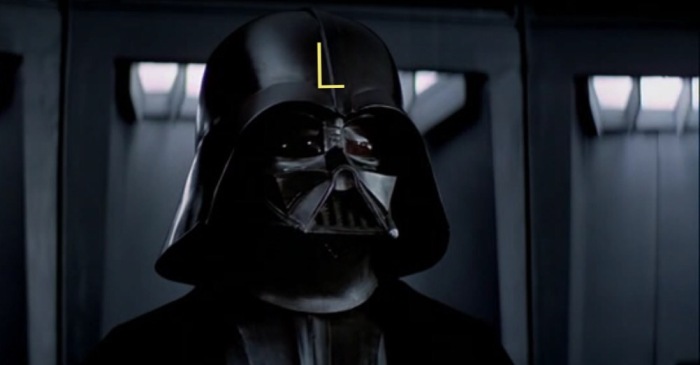 The final on screen confirmation of Darth Vader’s presence in Rogue One further confirms an undeniable fact about the Sith Lord, he’s the most popular villain in Star Wars.  In fact, every Star Wars movie ever released in theaters has featured Vader in one form or another, but when we take Vader’s career into perspective, the right hand of Emperor Palpatine is rather ineffective as a bad guy.  Let’s be blunt, Anakin Skywalker essentially peaked as a ten year old pod racer.  A tour of his life, both as Anakin and as Vader reveals why.

Chronologically speaking, Anakin Skywalker entered the Jedi Order on a pretty high note.  He’s rumored to be the ‘Chosen One,’ and he’s fresh off taking out a Trade Federation Droid control ship and winning the Boonta Eve Classic on Tatooine.  Everything is looking up and then we jump ahead approximately seven years to Attack of the Clones (We’re not even counting Anakin “I think I might quit the Jedi Order…” Skywalker of Marvel Comics’ Obi-Wan and Anakin mini-series set before that movie).  In the second film of the prequel trilogy, Anakin fails to save his mother in time to save her life, and then has a complete collapse of his Jedi training when he massacres a clan of Tusken Raiders.  He then proceeds to Geonosis to save Kenobi, but actually fails at that, too, and only the timely arrival of Jedi reinforcements saves everyone from the Geonoshan arena.  Anakin’s weak attempt to fight Count Dooku not only messes up Obi-Wan’s plan to defeat the Sith Lord, but results in the Chosen One’s hand being lopped off.  Attack of the Clones maybe should have had the subtitle, “Anakin’s Terrible Choices.” 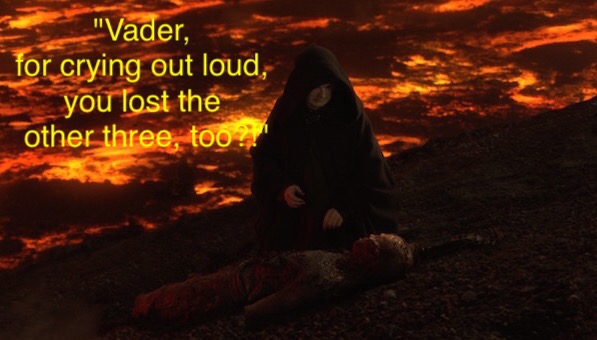 As we all know, Revenge of the Sith, does nothing to improve Anakin’s standing as a Jedi.  While he enjoyed a mostly good run in The Clone Wars, he did fail to adequately support his padawan, Ahsoka Tano, when she was accused of murder, and likewise, failed to convince her to stay with the Jedi Order.  In the wake of this loss, Anakin finally succumbed to the corruption laid out by the masterful Sheev Palpatine, a guy who won until that one time he didn’t, over years of planning.  Anakin chooses Palpatine’s promise to save Padme over Mace Windu’s attempt to stop the future Emperor, thus insuring the death and suffering of millions at the hands of the Galactic Empire.  And yes, Anakin apparently excels at killing children and defenseless diplomats, but despite being one of the strongest users of the Force, loses his duel against Obi-Wan Kenobi.  That’s right, he lost the duel, and his three remaining limbs.  Kudos, Anakin, kudos.

In the form of Darth Vader, we’d like to believe that he enjoyed unprecedented success at rooting out the remaining Jedi and terrorizing the galaxy.  Unfortunately, the Skywalker in a Suit was not even successful in that regard, as we discover that not only did Yoda and Obi-Wan survive the Dark Times, but so did his former padawan and Kanan Jarrus.  When Vader finally had the opportunity in Rebels take clean up those two, barely qualifying  as Jedi Knights in ability, he blew his opportunity again.  Kanan and his padawan survived the encounter with another Dark Side user inflicting the most serious harm upon Jarrus.  While we do not know for sure the fate of Tano, we do know she’s not determined to be officially dead, either.  In fact, the rebels in Rebels come out of Darth Vader’s interference stronger than ever before.

Rebels, it seems, just vex Vader to no end.  They succeed in rescuing Princess Leia Organa from right under his mask’s nose shapey thingy, and then escape while his old mentor makes a fool of his old apprentice by tricking Vader into a distracting duel.  Let’s just circle Vader’s actions on the Death Star as a complete loss, given that not only was it his idea to allow the rebels to escape with the plans of the Death Star, but even when he had a chance to crush their hopes of victory in the Death Star Trench, he’s knocked out of control by the wingmen he had selected minutes earlier after they come under attack from the Millennium Falcon.  Seriously, who knew Darth Vader had such poor taste in selecting fellow pilots?  As a result of his less than brilliant idea to let the plans fall into the hands of the rebels, the Empire lost its ultimate technological terror, tens of thousands of its best and brightest, and its finest grand moff.  A New Hope is a complete disaster for Darth Vader.

The Empire Strikes Back does nothing to salvage his reputation, unless you consider him cutting his son’s hand off a victory.  He played no apparent tactical role in the defeat of the rebels on Hoth, as he failed to instruct Admiral Ozzel not to arrive out of hyperspace inside the Hoth system, which gave the rebels the heads up and time to prepare their evacuation.  He then embarrassed his own men by hiring outside contractors, bounty hunters, to assume the job Vader has decided the Empire, with all its resources, cannot accomplish.  We can throw Vader a freebie with the Imperial acquisition of Cloud City, but that comes after his failure to convince his son to join him in ruling the galaxy.  That’s right, his son would rather fall to his possible death than work with Vader.  Embarrassing!

Not that much time later, Darth Vader is only trusted so far as to bring Luke Skywalker to the Emperor in Return of the Jedi.  He’s not allowed to fight the rebels on the forest moon nor command the flagship of the Imperial fleet in the ensuing space battle.  No, instead, the Emperor relegated his apprentice to standing around while Sheev worked his magic on the young Skywalker.  When the Emperor finally gave Vader the green light to fight and defeat his son, Vader loses his hand, again.  Perhaps the loss of the hand helped jogged his memory of the good times, before he really got started down the path of being the most terrifying failure in the galaxy, because only then at the end, did he truly comprehend how he could be a winner – by tossing his boss down a shaft in the Second Death Star.  Only in the death that followed did Anakin Skywalker and Darth Vader finally accomplish something of a true victory.  He snapped a more than twenty year losing streak that stretched from Coruscant to Tatooine to the backwater of Endor.  As great as killing the most evil man in the galaxy ranks as an achievement, it’s hardly enough to cleanse the stain of a career of failure.  Long may he be remembered, Darth Vader the loser.